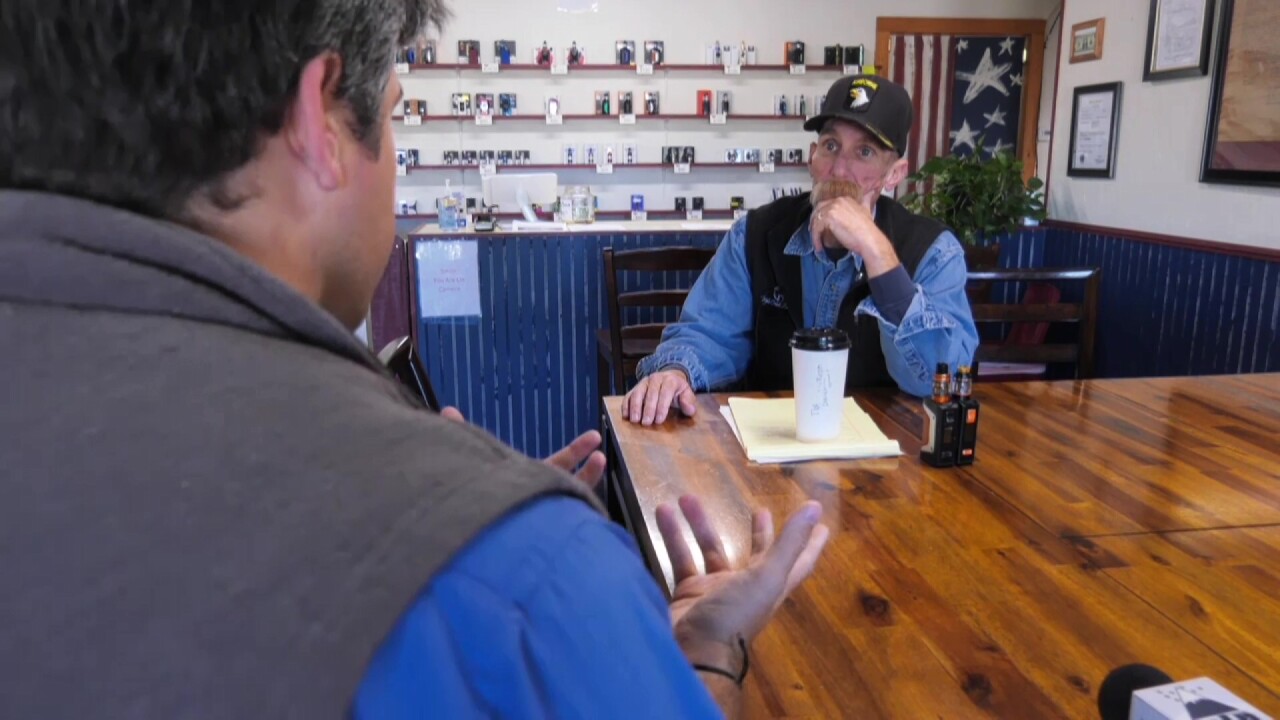 The emergency rules take effect on October 22 and last for 120 days, the maximum time allowed by law. The ban includes the sale of all flavored e-cigarette products, including flavored nicotine, THC, and CBD vaping products, in-store and online. The ban does not require retailers to destroy their existing inventory.

Two cases were recently confirmed in Montana, including a person in their 20s from Gallatin County and a person in their 30s from Yellowstone County. Nationwide, it's estimated that 1,080 confirmed and probable cases and 21 deaths linked to e-cigarette use have been identified in 48 states and one U.S. territory. More than half the cases involve patients under 25 years of age.

MTN News spoke with health department officials and a vape shop that will be directly impacted to show us what this means.

“These vapes out there really carry some serious health risks," says Matt Kelley, health officer for the Gallatin City-County Health Department. “It’s kind of the wild west out there in terms of vapes. Anybody can sell them. Anybody can make them.”

Deanna Marshall, co-owner of Freedom Vapes, said, “If this ban passes, it puts all of those shops out of business." We met Deann's husband Ron at his Bozeman vape shop, Freedom Vapes, in September. On Tuesday, we talked with Ron and Deanna – and now they are concerned. “You’re banning flavored nicotine vaping products because of an illegal substance on the street," Ron said. "It doesn’t make any sense.”

The Marshalls say this will almost certainly mean their open signs will have to go dark. "People who have risked everything to open these shops to help adults quit smoking are now going to be on the unemployment line," Deanna said. “I have twelve employees. I will have to lay them all off and these employees are buying homes and buying cars. What’s going to happen to them?”

The American Vaping Association said in a press release on Tuesday that Bullock's decision is "rash and unfounded," and that Bullock and DPHHS should expect a legal challenge in court.

“There will be lawsuits," Ron said. "Attorneys have already been contacted and there will be challenges. You can not blame one thing on another.”

He said vaping retailers in Montana are well-regulated and haven’t had any connection to the recent illnesses, which he blamed specifically on illicit vape cartridges containing THC. “Our industry’s been in business for almost 20 years now,” Marshall said. “We’ve never had any serious complications from anything related to the e-cigarette nicotine industry.”

Marshall estimated about 95 percent of his sales are for flavored products. He said adult customers who use e-cigarettes to help them quit smoking prefer flavors because they want to get away from the taste of tobacco. “By banning all flavored e-liquids, you’re probably going to put every vape shop in the state out of business at the end of 120 days, because there’s no business out there that I know of that can stay up and running by being overregulated to stop selling a product,” he said.

Marshall said he knows several legal challenges to Montana’s rules are already in the works. However, Bullock said he’s confident the state has the authority to make this decision: “I would love to think that industry would do the responsible thing and not bring action on this, but if they do, we’re prepared for that,” he said.

The American Vaping Association said in a press release on Tuesday that Bullock's decision is "rash and unfounded," and that Bullock and DPHHS should expect a legal challenge in court.

The press release states: "This is yet another unfortunate snap decision where regulators have whole-heartedly accepted the rhetoric of the anti-vaping activists who have been using scare tactics instead of science to push for bans. These bans rob the millions of smokers who are trying quit, of their ability to do so, forcing them to turn back to cigarettes. Public Health England and the Royal College of Physicians have both estimated vaping to be at least 95% less harmful than smoking. Estimates from John Dunham & Associates indicate that there are more than 50 vapor-focused businesses throughout Montana could be shut down by this senseless ban."

The federal Centers for Disease Control & Prevention has more information on its website , including this overview: