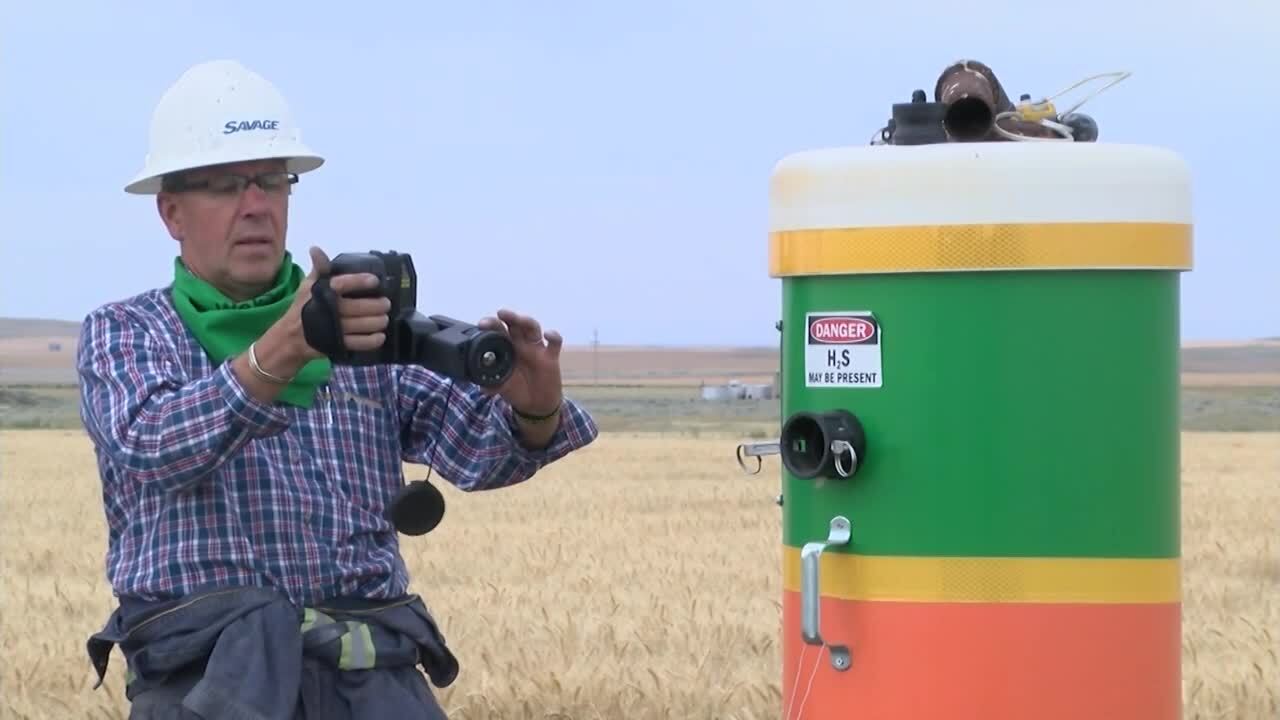 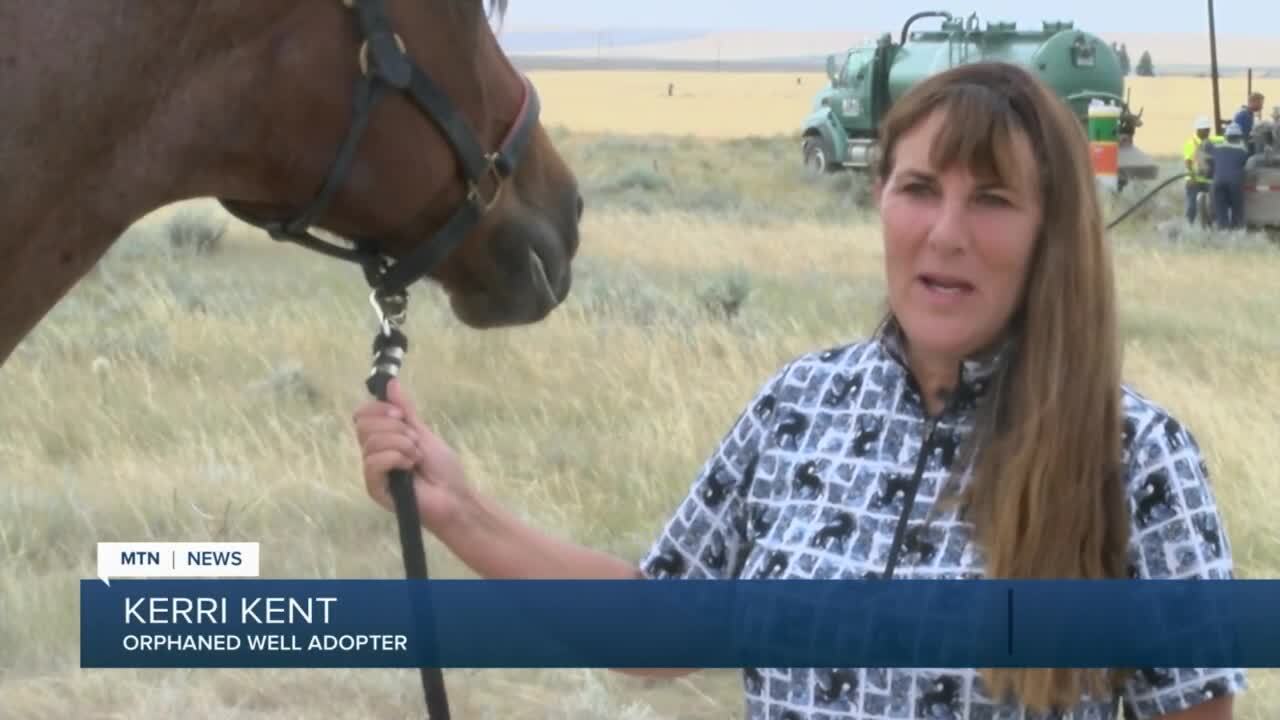 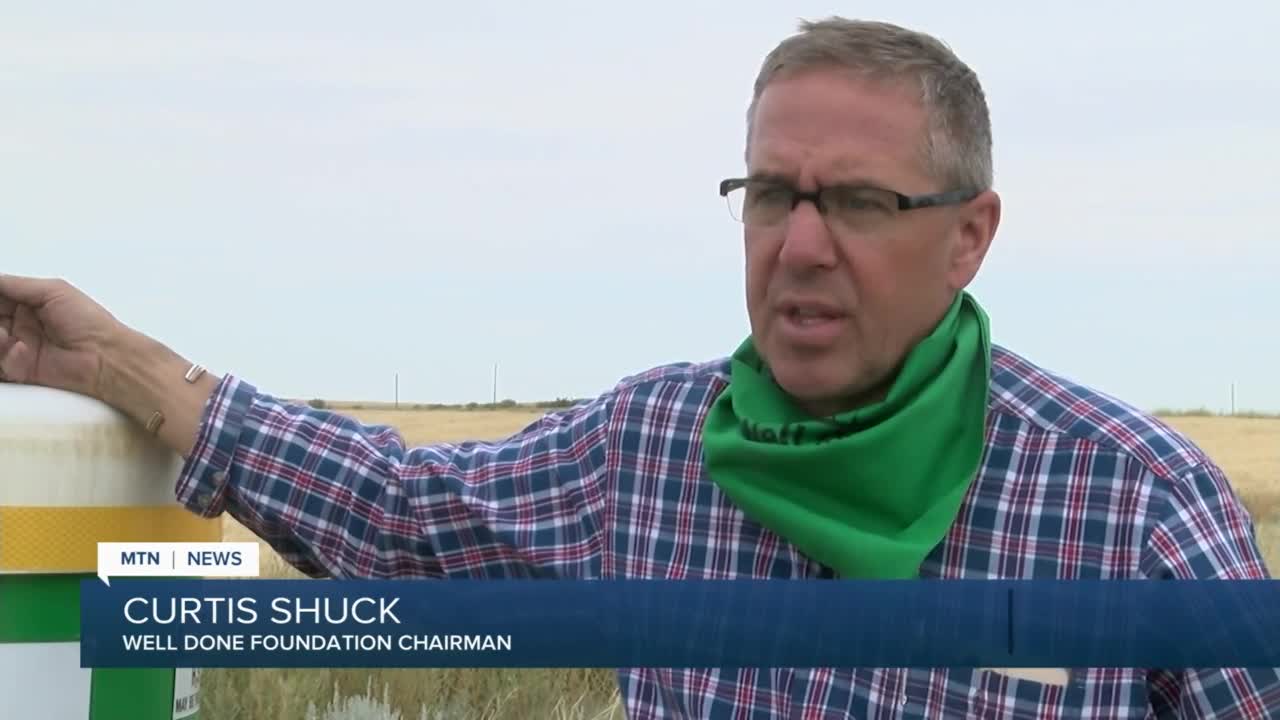 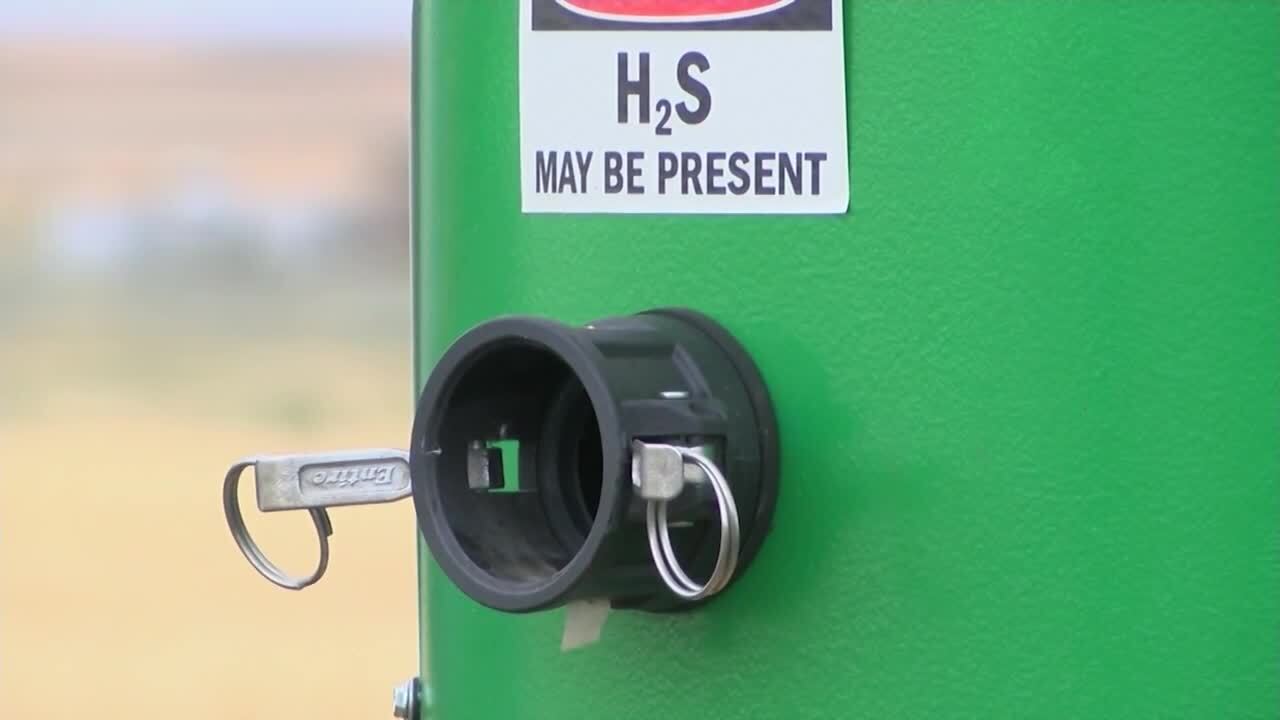 TOOLE COUNTY — An abandoned or orphaned oil well is a well that was once used by oil and gas drilling companies to retrieve those fossil fuels from the earth, but has since been left to its own devices. Companies can decide to orphan wells for a number of reasons, including struggling oil prices and bankruptcy.

As you drive down the highway in many parts of Northern Montana, you might breathe in a strong smell of oil and gas. Toole County Commissioner Mary Ann Harwood says that too many people are mistaking this smell for the norm, instead of recognizing the problems that come with it.

“You smell the sulfuric smell and everybody says, ‘Ooh, yeah, that’s a good smell, it’s oil country,’” Hardwood explained. “Well, it’s oil country but it’s the emissions that they’re smelling and so this is a way to get that persona changed.” And when Mary Ann says “this," she’s referring to oil well plugging.

Enter Curtis Shuck, chairman of the Well Done Foundation. Harwood says that it was Curtis who originally opened the county’s eyes to the issue. Shuck was in Toole County to buy grain for the Port of Northern Montana last year. While walking through a field similar to the one we were standing in, he noticed numerous open wells just sitting in that field, and in the surrounding fields. He recalls asking the farmer he was working with about the wells, to which the farmer responded that those wells were all orphaned, meaning the only purpose they were serving at the time was to take up space.

A year later, the Well Done Foundation has launched its pilot program in Montana with the goal of plugging more than 80 wells in Northern Montana alone. But the program isn’t limited to just the Treasure State.

“The Well Done Foundation is a national foundation,” said Curtis. “We actually have a project going in Kansas right now. We’re working with partners in Texas and Oklahoma and Pennsylvania and Colorado. Montana is really our pilot project, and we’re using the lessons learned here working with the regulators, working with the surface owners to build this successful plan and program to take to these other states.”

Let’s back up for a minute. The Well Done Foundation is a national foundation. They identify potential “super-emitter” abandoned wells and plug them. Once a well is plugged, it’s emissions drop immediately. The Foundation then fixes up the surface surrounding the well, which now looks more like a cement on-deck circle, and they’re gone. The one catch is that plugging these wells isn’t cheap, nor is it a quick process.

“We go out and we identify the potential super-emitters,” Curtis explained. “We put them into a very rigid monitoring program. If they qualify for our carbon finance pool, then we put them into that, if not then we get a donor to support us to help us adopt the well and pay for the plugging. Plugging of an orphan well in this area, Northern Montana is about $30,000. That’s all of it. That’s all of our costs, the legal, the monitoring for a nine month period. There’s a lot to it, it’s more than just going out and plugging the well, and we really feel it’s important to understand the emission and be able to communicate that as part of the story because it’s large.”

Shuck emphasized that all the money they put into their projects is private, meaning it doesn’t come from taxpayers. Instead, the plugging of adopted wells is funded by people like Kerri Kent, who lives in Washington but spends a lot of her time in Whitefish, Montana. She said that she wants to be a part of the solution not the problem. That, and her desire to spread the word about these wells are two reasons why she decided to fund this well plugging.

“It’s a very invisible problem because it’s underground, and then it’s emitting gas which you can’t see,” said Kerri. “The only way you can experience is really is to come out here and see and smell and taste this whole environment. Through that you understand it. It’s just not something people talk about. I had no idea until I physically came out with Curtis and saw what it was like to understand the magnitude of this problem.”

Kerri wants to see industries like the outdoor and fashion industries take steps to get closer to becoming carbon neutral. It’s a longer process than just plugging a well in a field in rural Montana, but every little bit helps.

“I think well-plugging is one of the immediate things that we can do to stop the emissions, and so it’s immediately gratifying,” she said.” I know a lot of other causes are out there and I’m glad to be a part of those as well, but this is immediate. Today, we had a great victory, we blocked 4500 tons of carbon from going into the atmosphere, and that’s a great day. That’s over 1,000 cars in a year’s emissions, so I feel proud to be involved with something that has such a good effect.”

As Curtis stated above, the process of plugging a well, from researching to planning to doing takes about nine months. The actual plugging itself only takes three days, though. Curtis took me to see a well that his foundation had previously plugged after we were finished touring the current site. He said that his company gets the well plugged, restores the surface, and then hits the road. I couldn’t even tell there had been a well there. Maybe it was because we were looking at the site from a little ways away, but it was a site to see nonetheless.

Curtis argues that this process is something that everyone can get behind, regardless of your thoughts on climate change and global warming. Some of these wells have been out of service for longer than I’ve been alive. You can physically see the gas being emitted from the monitoring site near the well. When it’s plugged, the impact is instant.

“It’s the immediate reduction of that carbon footprint, the methane,” he said. “Methane gas is 25 times stronger than Carbon Dioxide, and so this is some bad stuff. Our ability to stop that immediately then brings an immediate benefit back to the environment, slowing down climate change. Additionally, we have a benefit to the farmer as we clean up the area that he currently has to farm around. So, he gets the benefit because his facility gets cleaned up and he gets to be able to farm more acreage.”

It’s also worth noting that anyone can contribute to these projects without breaking the bank for $30,000. You can donate any amount of money, or even volunteer your time to help the organization in their endeavors. To learn more, click here to visit the Well Done website.

Well Done Foundation sets out to cut emissions from abandoned wells
Copyright 2020 Scripps Media, Inc. All rights reserved. This material may not be published, broadcast, rewritten, or redistributed.