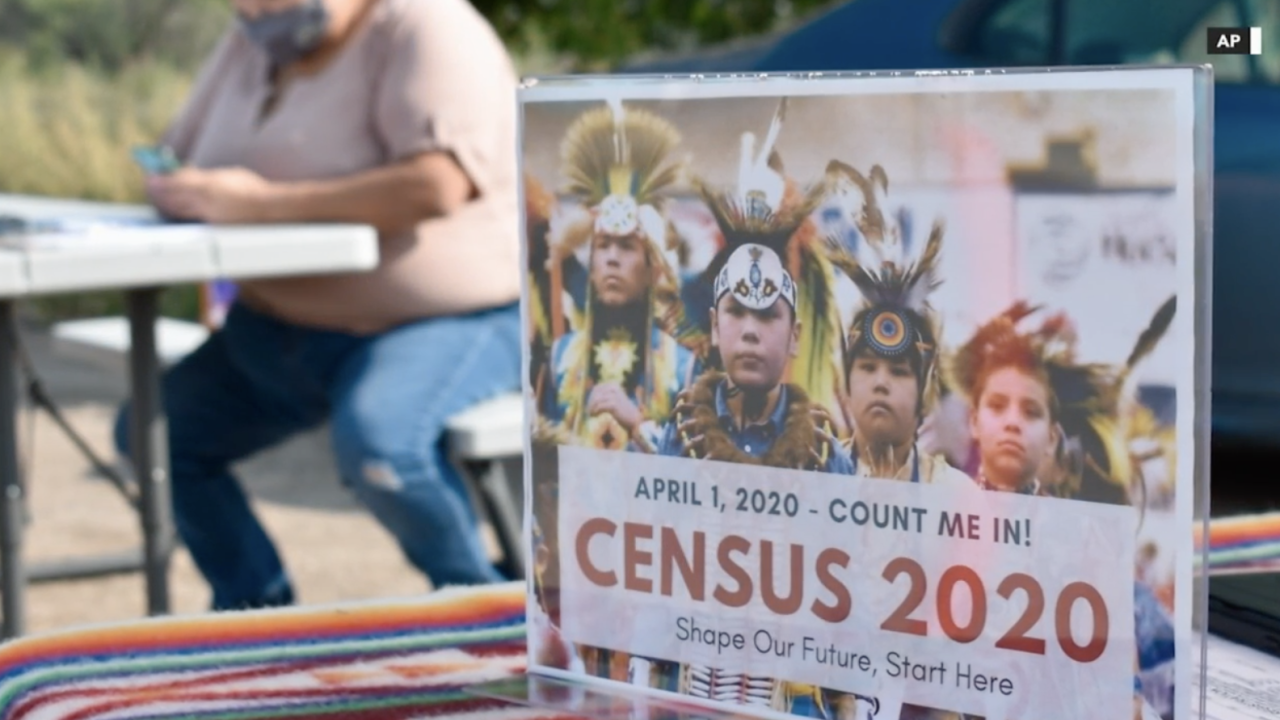 GREAT FALLS — Of the eight census-designated Native American reservations in Montana, seven of them have a self-response below 40% for the 2020 U.S. census, as of September 24. Fifteen counties in Montana also come in below 40% at last check, but when you consider that there are 56 counties throughout the state, the reservation numbers come across as a bit more daunting.

She says that the census counting issue is one that she’s seen before.

“There have been low turnout rates in the past, but they haven’t had all the complexities that we have right now, especially with COVID-19,” she said. “So, I think some of our tribal nations are even below what they were in the 2010 census reporting, and so we want to at least get us up to what we were in 2010, if that’s possible.”

So, the question is why do these disparities exist? Why is it such a challenge to get people on reservations counted in the census every 10 years? Montana Lieutenant Governor and Democratic Gubernatorial Candidate Mike Cooney is also the current chair of the Montana Complete County Committee (CCC). He has an idea about why.

“Tribal areas are a challenge because they don’t have traditional addresses, but it’s even gotten more challenging as a result of dealing with the health pandemic that we’ve been dealing with, and hopefully, additional time will help us get into those areas to work with the tribes,” Cooney explained. “Again, respecting what they’re trying to do to keep their community safe and healthy, we need to do that, and I really applauded the work that they’ve done, but we also know they have challenges because they have multi-generational housing and they have a number of people with underlying health conditions that are very susceptible to this virus.”

McLean added that the impact of COVID-19 may be even more of an issue than people think. According to a study published in August by the Centers for Disease Control and Prevention, American Indians and Alaska Natives (AI/AN) are one of the racial and ethnic minority groups that is at the highest risk for the virus. The study took data from 23 states and found that the number of COVID-19 cases per capita among American Indians and Alaska Natives was 3.5 times that of non-Hispanic whites.

The data also showed that members of those two groups who tested positive for COVID-19 tended to be younger than white non-Hispanic individuals who were also infected. Compared to whites, a higher percentage of cases among AI/AN individuals were in people under 18 years of age (12.9% AI/AN; 4.3% white), and a lower percentage of cases were among AI/AN that were 65 years or older (12.6% AI/AN; 28.6% white).

To address this why, McLean pointed to higher vulnerability among Native American populations, and lack of access to health care in those communities.

“Oftentimes, people won’t go to seek medical care because it’s not something that we have a luxury of being accustomed to seeking it as a preventative major right, and so that’s one of the barriers,” she said. “Then, just the remote locations of our reservations, that’s a challenge that was there even before COVID, and we knew it was coming with the census, but we had other plans to address it.”

The connection is not that hard to see. Reaching people on reservations for census-counting purposes is sometimes more difficult because of lack of transportation, access to the internet, address disparities, and now, increased health risks during the pandemic. McLean says Western Native Voice typically does two main things to bump up census counting, voter registration, and other related numbers; going door to door in these communities, and hosting events. She says that, thanks to COVID-19, their in-person activity field program has been essentially deleted.

The organization has turned to digital platforms and drive-through Get Counted centers to try and combat the impacts of the coronavirus, but, as previously mentioned, they then have to do battle with two factors that they are all too familiar with: limited access to the internet and transportation.

“We’ll continue our Get Counted centers. We will probably rotate them through the tribal nations. I’m sure we’ll have them every day of the week. I bet, almost every day of the week, there will be a Get Counted center somewhere in Montana,” McLean said when asked what Western Native Voice has to do between now and the new October 31 census deadline. “We’ll figure out ways to target the people who are not able to make it to us. We really rely on our tribal governments and local organizers to come up with those strategies because there’s a different strategy that works for each tribal nation.”