Jobs bounce back in June, but economists are not optimistic yet

4.8 million Americans were able to return to work in June, officials say 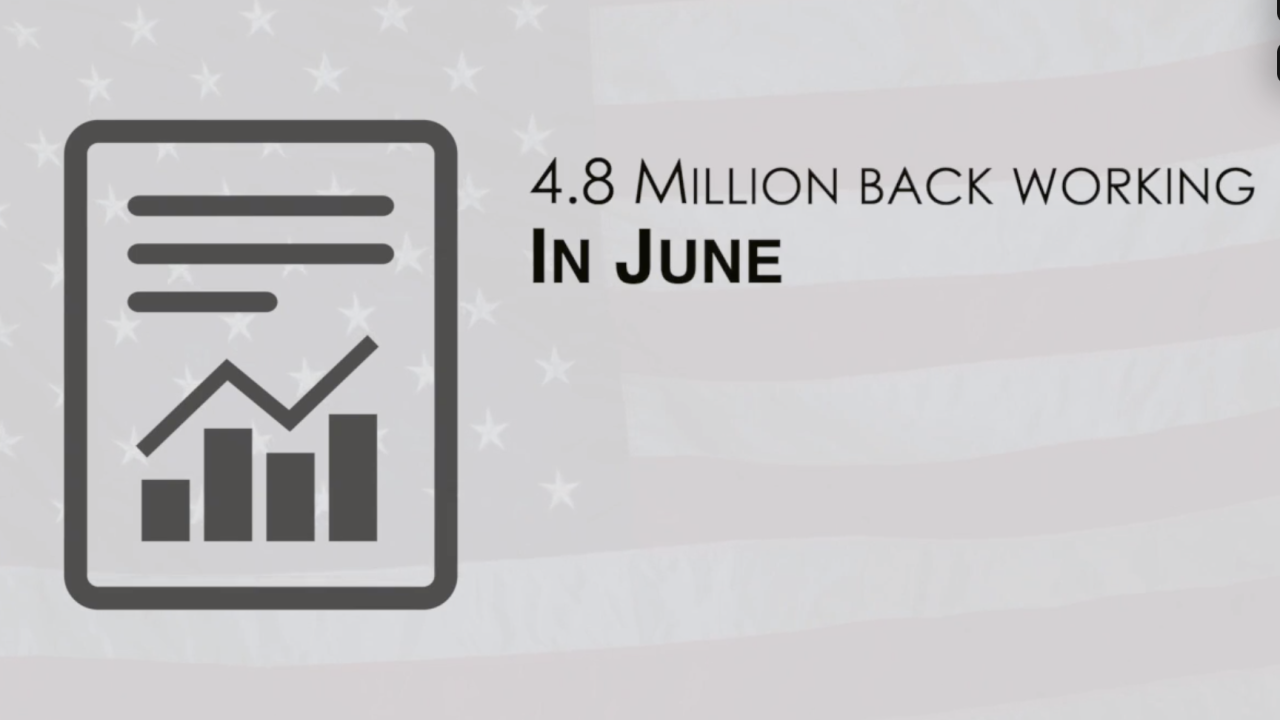 There’s been a significant bounce back in the U.S. job market, according to the U.S. Bureau of Labor Statistics’ latest monthly unemployment report. In June, 4.8 million people were able to go back to work.

“The job market bounced back pretty strongly in June, but we have to keep everything into perspective,” said Ryan Sweet, an economist and Head of Monetary Policy and Research for Moody’s Analytics.

Sweet says compared to where the U.S. was prior to the pandemic, jobs are still down by roughly 15 million.

Economists, like Sweet, believe the job rebound seen in June is likely over, and the U.S. job market will likely reflect a lull in July.

“The lull, it is unclear how long that will last,” Sweet said. “We are hoping until the end of this year.”

As coronavirus cases continue to surge in the U.S., the hope for just a lull dwindles and worry about another decline in employment grows.

Companies like United and American airlines are already signaling major job loss could come in the near future. Both companies recently reported they may have to each layoff 25,000 workers. Analysts predict if other airlines have to do the same, the industry could lose up to 250,000 jobs.

That’s hundreds of thousands of potential jobs lost in just one industry, and many others are signaling a similar situation.

“The ones that I am most nervous about are state and local governments because it seems that there is less urgency for lawmakers to pass fiscal stimulus,” said Sweet. “If we don’t get another round of fiscal stimulus, this lull is going to turn into a contraction.”

Congress has been talking for two months about another stimulus package, but there is no clear signal that one will come in time.