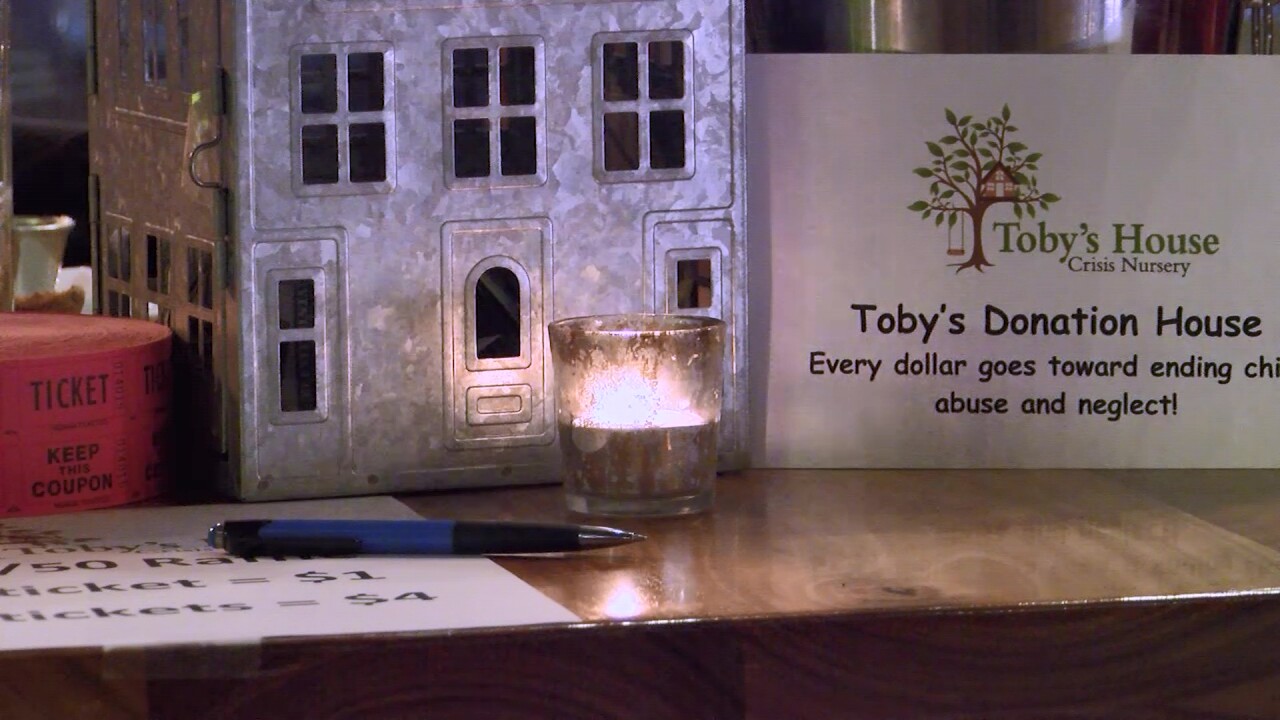 GREAT FALLS — Toby’s House Crisis Nursery hosted a fundraiser at Enbar in downtown Great Falls on Tuesday to raise money as they get closer to opening their doors to the public, something they hope to do in early 2020.

Toby’s House is a place where kids can stay both short-term and long-term for a variety of reasons. From family emergencies and abuse to just hanging out for a few hours while their parents go to a job interview, the nursery will strive to provide better lives for the children of Great Falls.

The fundraiser at Enbar began at 4:00 P.M. and ran until 11:00 P.M. The organization sold raffle tickets, accepted donations, and even partnered with the bar to collect 10% of the drink profits from the night.

“We’re in the licensing stage right now, so we will submit for licensing here in the next couple weeks, and the next stage is getting people hired, so once we get the doors open...before we get the doors open, we need to hire at least four or five staff to be able to do round the clock, 24/7 care for the children, so right now that big end piece is funding,” explained Program Coordinator Samantha Stutzman. “All of this money is going to go towards us for staff salaries, for training, we want to make sure that all of our staff is trained to the highest level, and then it’s also going to go, we'll have to submit for background checks and all kinds of stuff, so every dime will be submitted and spent to fund the staff.”

Stutzman was recently hired to make a big public relations push for Toby’s House. They’re hoping to get the word out before they officially open their doors, and plan more events like this in the future.

“That is one reason that I was brought on as coordinator, so that we could start doing more of these events,” she said. “I would like to do at least a big event like this once a month, once or twice a month. I’m in the works of planning a big Spring event, so we’ll have some raffles, we’ll have some auction items, things like that, so as soon as I get that fully in the works and planned out, there will be more to come for that but yeah, we definitely plan on doing several big events throughout the year.”

Throughout the night, people came in and said hello, learned about the organization, and donated when they could.

The ultimate goal of the organization once they are up and running is to make sure that no child in the Great Falls community ever has to face abuse or neglect.

As they inch closer and closer to opening their doors, Stutzman and the rest of Toby’s House just have one simple message:

Toby's House is scheduled to open in early 2020; click here to visit the website to learn more , or to make a donation or volunteer.