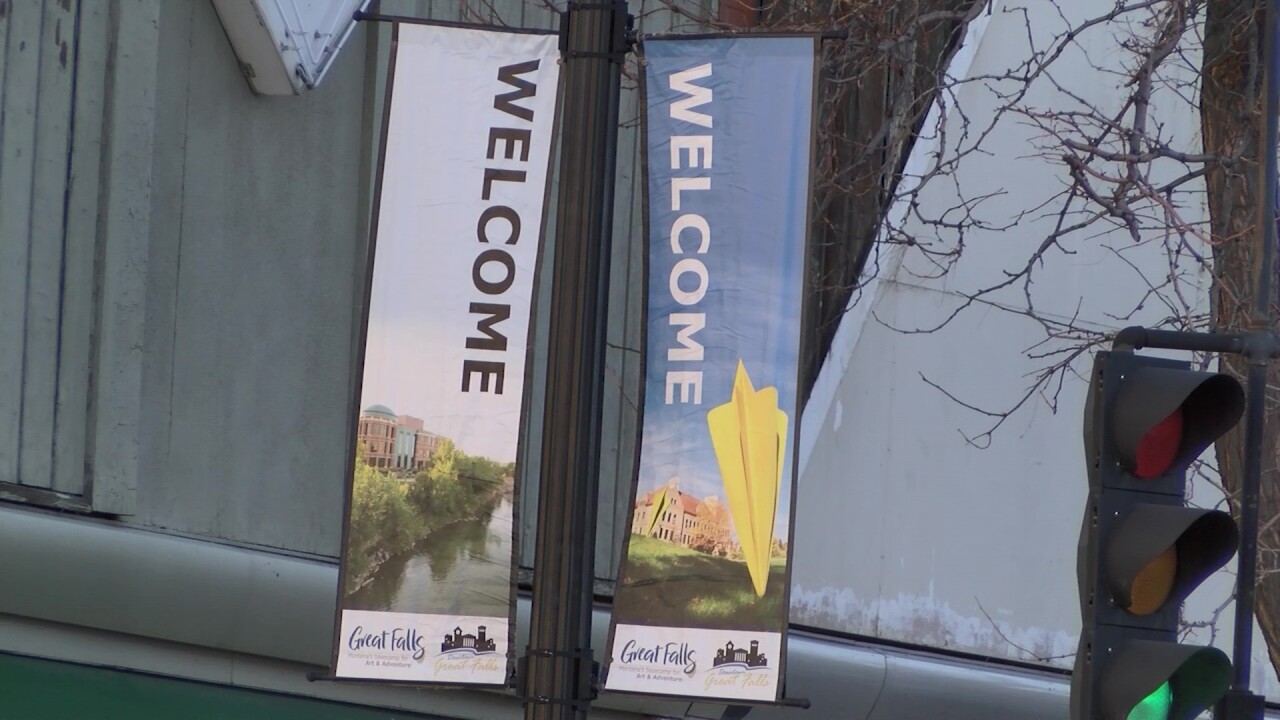 GREAT FALLS — Just about every industry has felt the impacts of the COVID-19 pandemic, including the tourism industry in Great Falls and across Montana.

“The current effects of COVID-19 for tourism are pretty broad and deep at this point,” said Great Falls Montana Tourism director Rebecca Engum. “We kind of won’t know the full effects until really after we know what the future looks like. Just within the last, I would say, month, we have had events get canceled, some events are looking at getting rescheduled, leisure travel has ceased, we’re seeing a lot less room demand within the community.”

The ripple effect that the lack of travel has had on small businesses shouldn’t be understated either.

According to the Transportation Security Administration (TSA), 106,385 people passed through TSA checkpoints in U.S. airports on April 17th, and 95,085 people passed through checkpoints on April 16th. On those same dates in 2019, those numbers were 2,457,133 (April 17) and 2,616,158 (April 16). In 2019, non-residents poured around $184 million into the Great Falls economy by way of restaurants, bars, shops and tourist attractions. Based on Great Falls Montana Tourism’s projections of what the next quarter of the year (April through June) will look like, Great Falls stands to lose about $44 million of that spending this year.

In addition to that, residents aren’t spending the money either, as they’ve been told to stay home. Even if they could get out and spend money, many bars and restaurants are operating on reduced hours, or not at all.

“When we look at 44 million dollars lost, that’s money that isn’t being spent at fuel stations or restaurants, bars or microbreweries,” Engum explained. “They’re not being spent in our retail shops, and so what that means to our economy is that additional revenue that was coming into our small businesses in Great Falls isn’t coming in. In addition, the local money isn’t coming in the way it was either, so that’s an additional hurt on the economy, but when we don’t see that traveler coming through spending that money that they normally would, we’re seeing that drop in the entire amount of money that is spent within the economy locally.”

Great Falls Montana Tourism is offering several resources to people that either want to get away anyway they can now, or plan their next vacation for when the country finally reopens. They’ve launched a virtual vacation program, and have taken to social media to remind people that Great Falls still has a vast number of outdoor adventures available that can be done at a safe social distance.

“We’ve been sending out that Dream Now message and Travel Tomorrow, so that people can still be excited about what the future holds for them, and plan accordingly for when they are available to travel,” said Engum. “Our virtual vacations that we kicked off last week really helped people see that hospitality, still interact with the people that are here, but emotionally connect the potential traveler to the people that live here in Great Falls to make it easier for them to consider us as an option for when they reopen the restrictions for social distancing.”

Despite the downward trend we’re currently on, Engum and rest of the Tourism office do have a reason to be optimistic. She says that it appears that people mostly aren’t traveling due to the health risks, and not because they don’t have the money or desire to. This could make for a steady rebound of both the tourism and local business industries, whenever Montana and the rest of the country opens back up.

"WE'RE OPEN, MONTANA"
Next Page
Copyright 2020 Scripps Media, Inc. All rights reserved. This material may not be published, broadcast, rewritten, or redistributed.