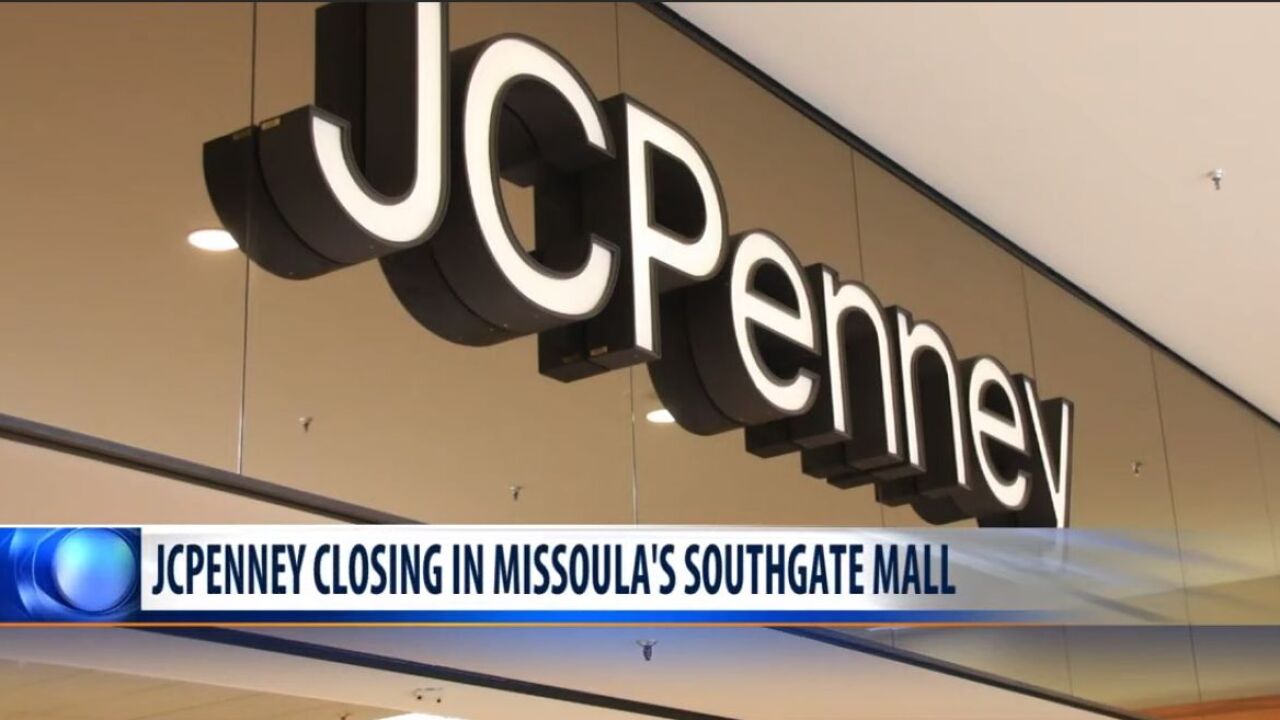 MISSOULA — J.C. Penney plans to close six stores and a call center in 2020, the retailer confirmed to USA Today on Friday.

Among the closures is the store in Missoula. The department store, located in Southgate Mall, is expected to close in April 2020.

In a news release sent Friday afternoon, Washington Prime Group, the owner of Southgate Mall said prior to the JCPenney closing announcement they executed an agreement to gain control of the JCPenney site for future redevelopment.

Washington Prime Group plans to make an announcement in the near future regarding these redevelopment efforts, which are expected to kick off in 2020.

In the news release they said they are committed to reinvesting in Southgate Mall and maintaining its presence as the community gathering place in Missoula and the best retail destination in Montana.

Business Insider reports that the five other J.C. Penney locations slated for closure are: