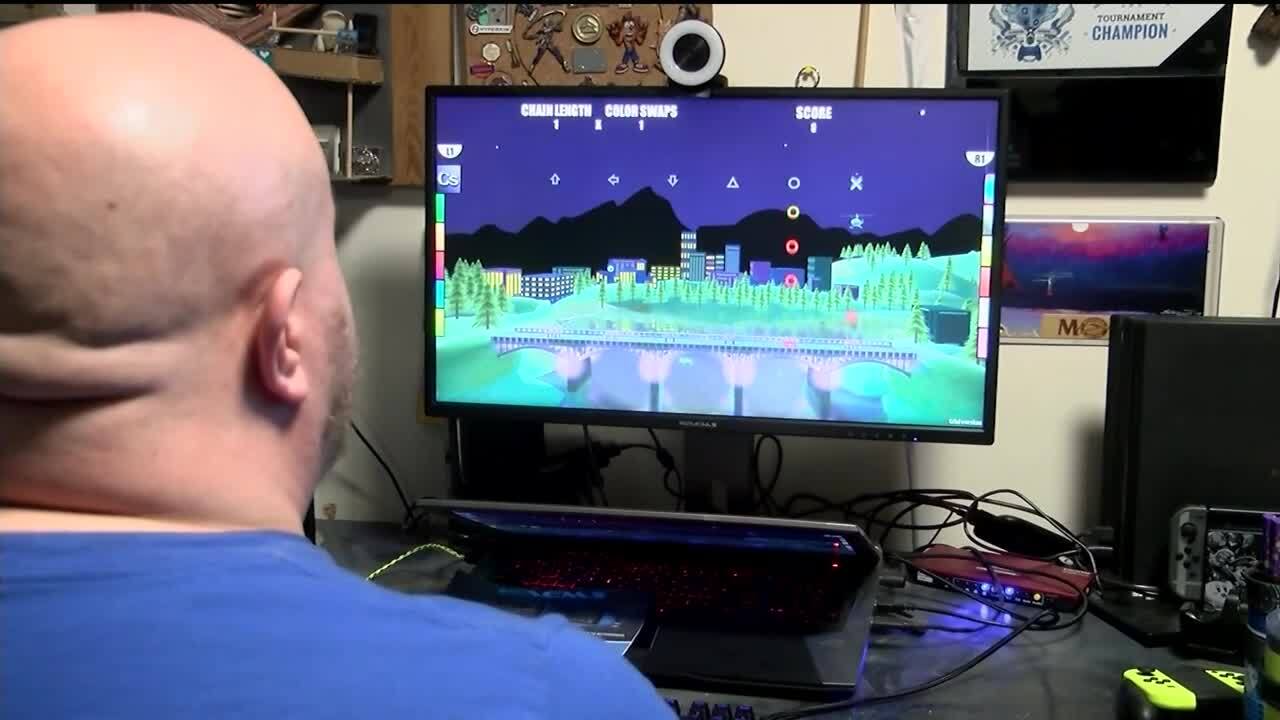 GREAT FALLS — The Coronavirus Aid, Relief, and Economic Security (CARES) Act was passed by Congress and signed into law by President Trump on March 27th, 2020. This over $2 trillion economic relief package is designed to help people recover from the public health and economic impacts of COVID-19. MTN News will be profiling people and businesses who are being helped by the program.

The Hughes family has been through a lot. In 2002, Trevor Hughes was diagnosed with severe kidney issues. More than 70 surgeries and mountains of medical bills followed. The family soon became a medical bankruptcy family. They lost their house, car, and so many other things. Forced to move in with their grandparents, Josh and Trevor made a decision to start a company and take their lives back.

“Through years of hands-on learning, we realized that it wasn’t just about our lives anymore and taking our lives back, but it was about making the world a better place through gaming,” said Josh Hughes, the President and founder of Add-A-Tudez Entertainment Company. “So, it became a mission of not only making video games, but also transforming North Central Montana into a video game development hub, and also showing the world that video games can have a positive impact on society and people.”

Add-A-Tudez is a video game production company that’s working not only to build and promote their own video games, but also to teach students around Montana and the world about the positive roles that video games can play in our lives.

One game they’ve utilized in a very unique way is Little Big Planet. They’re working with Montana State University to use the game to teach students virtual lessons about art, agriculture, and other topics.

The CARES Act Grant that the company received was especially welcome to Josh and Trevor because of their history with financial assistance.

“It was definitely a concern that we wouldn’t qualify for the CARES Act money because we’re so used to hearing that, and it’s one of those things that it’s kind of an unknown thing in the U.S.,” Josh explained. “If you’re not in a medical bankruptcy family, or you’re not related to someone who is or know someone who is, people don’t realize how challenging that can be because you go to a place to go get funding and they will say straight up ‘no, we don’t judge against medical bankruptcy, that’s illegal, we don’t do that,’ and then they immediately start critiquing you for things that are a direct result of medical bankruptcy like you don’t have a lot of collateral, you don’t have good credit, and all of a sudden it’s like they don’t understand how those things are inter-related and one caused the other.”

This time, the company was able to, as they put it, just pitch themselves and say “this is how we were affected, this is what we need, this is how we will spend it, and this is the impact it will have.” They explained that solely being judged on those merits was refreshing.

The money will help them cover operating expenses like the price of running a website and subscribing to softwares like Adobe. The Coronavirus pandemic has driven many employees indoors to work from home, but Add-A-Tudez is very familiar with remote work. They have staffers and partners in other towns and even states, and being able to upgrade some of the software and hardware that their company uses will be indescribably beneficial.

Then, there’s the online outreach.

“We can actually be more competitive and we can work better from home and we can use these computers to stream content where we’re educating and doing the thing that we would normally have done in a summer camp with kids,” Josh said about the company’s commitment to online outreach. “But doing it over Twitch instead because in this age of social distancing, it’s not likely kids are going to go to a summer camp where they’re picking up controllers or putting on a VR facemask.”

In talking with Trevor, I can’t express the extreme level of resolve I felt him give off. Life had given him numerous chances to give up; every time he had defiantly said no.

In Trevor’s own words:

“We planned to go for my GED at one point, but I told mom that I wanted to wait until after our company took off to go for my GED to show the kids that it is possible with determination, no matter what life hits you with, that you can do your dream, as long as you stick to it. Whatever that dream is, you can find a way to, if not directly have what your dream is, be adjacent to it. For me, I may not be able to be a lead game designer of a studio because my medical assistance would be compromised by me pulling a paycheck, but I can help come up with ideas and I can help the team whenever they need some encouragement or anything like that. It’s just been incredible since...I was 12, ya know, when this all started, I’m 30 now, and I’ve been doing dialysis since I was 21, which is three days a week, four hours at a time, pretty much, if not longer. Being able to help with something real makes the monotony of the days go by.”

After I finished my interview with Trevor, I was turning the camera off when he stopped me. He paused, and then asked if he could say one more thing.

I flipped the camera on as Trevor delivered this gem: “One of our driving principles, ever since we started this company, was ‘it’s do or die, and die’s not an option.’”

The Hughes’ story is unique without question, and it’s fair to say there is no one quite the same as them. But it’s people like them, people with a dream, that have been helped by the CARES Act and the Montana Coronavirus Relief Grant.

Do you know a small business in Montana that was helped by receiving money from the CARES Act during the Coronavirus pandemic and should be featured? Send me an email at Matt.Holzapfel@krtv.com, and we might feature them on a future episode of Montana Cares.